Back to Cosmetic Services A facelift is a plastic surgery procedure that tightens the tissues of the lower two thirds of the face. It’s effective for jowls, blurring of the jawline, sagging cheeks, and wrinkles that run from the sides of the nose to the corners of the mouth. In general, a facelift is performed to fix that droopy, sad look that belies our natural good spirits.  It is often, but not always, combined with a neck lift since the neck often sags and wrinkles.

A facelift may be all you need.  But for many people, facelifts are performed in conjunction with other procedures, such as blepharoplasty (eyelid surgery), laser resurfacing, fat grafting, or Botox® injections. Dr. Fante will listen to your wishes and advise you as to how you can best arrive at the look you want. A facelift can take about 10 years off your apparent age.

What is a Facelift?

There are some different types of ways to get a “facelift”.

In general, you could define a facelift or “rhytidectomy” as a plastic surgical procedure on the lower two-thirds of the face to improve the most visible signs of aging. A facelift counteracts these signs by removing sagging skin, elevating the facial muscles and fat, tightening the muscles beneath the skin of the neck, and often removing excess fat from the neck.

Would I Be a Good Candidate for a Facelift?

you’re likely a candidate for some kind of facelift. The best candidates for a facelift want to correct more than one of the signs of aging. In recent years, younger people have been asking for them, and although a younger person can heal more quickly, there’s no ideal age for a facelift.

Dr. Fante will explain all the possible procedures for your particular face and together you can arrive at the best one, or the best combination of procedures.

Facelift Before and After Photos To start the facelift procedure, an incision is made on each side of your face. The incision typically begins behind the hairline near the temple, runs down in front and inside of the ear, and back behind the ear into the hairline. Another small incision may be hidden inside your upper lip and permits Dr. Fante to work also with your cheeks for the best and most natural facial harmony.

From there, the fat and soft tissues are elevated, the muscles are tightened, excess skin and tissue removed, and the incision closed with very fine stitches or small metal clips.  Dr. Fante uses his extensive knowledge of facial anatomy to employ advanced techniques that improve the three-dimensional contours of your face while minimizing potential problems.


Combining a Facelift with a Neck Lift

In the early days of facelifts, only the skin was tightened, leaving the tissue beneath the skin, consisting of muscle and fat, with associated blood vessels, nerves, etc. as is. That made for a “tightened” look, that expression of perpetual surprise that we all want to avoid. In present-day facelifts, the tissue beneath the skin (SMAS) is involved too, so that the results are more natural, longer-lasting, and more individualized.

What is the SMAS?

SMAS stands for Sub-Muscular Aponeurotic System. And what’s that? It’s the tissue beneath the skin, consisting of muscle and fat, with associated blood vessels, nerves, etc.

In the early days of facelifts, only the skin was tightened, leaving the SMAS as is. That made for a “tightened” look, that expression of perpetual surprise that we all want to avoid.

In present-day facelifts, the SMAS is involved too, so that the results are more natural, longer-lasting, and more individualized.

How Long Does a Facelift Take?

Dr. Fante will give you written instructions for your recovery period. He’ll also prescribe an antibiotic and pain medication for a short period. There’s usually not much pain but you’ll be given a prescription for pain medication just in case. Swelling and bruising will subside within the first few weeks.

Dr. Fante will wrap your lower face and upper neck in dressings and a spandex garment when you leave the surgery center. Dr. Fante will instruct you to wear the spandex facial garment and to sleep with your head elevated, for the first week. Use pillows to prevent your head from turning while you sleep and use ice packs for the first day or two to minimize swelling.

Dr. Fante will remove your sutures about one week after surgery.  Incisions will fade to white, barely visible scars which can be further hidden with makeup. They are strategically placed partly under your hair, inside your ears, and/or within the normal creases of your skin.  Temporary feelings of tightness and numbness disappear with a few weeks. Most people return to work after 10 to 14 days.  You can start wearing makeup at about 10 days, but it may take more than 2-3 weeks for you to look your best.

Recovery may take longer depending on how extensive your facelift is. Minimal facelifts have a quicker and easier recovery while facelifts combined with other procedures potentially involve longer swelling, slower recovery and slightly more risk for complications.

Returning to Normal Activities After a Facelift

After surgery, you should rest at home, but you don’t need to stay in bed all the time. Most people feel a little tired but pretty well overall, and can take a walk or go out (perhaps with sunglasses and a hat!) within the first few days.

You can shower and wash your hair two days after surgery. Avoid vigorous physical activity such as prolonged bending, heavy lifting, and sexual activity, for at least 2 weeks. In addition, use alcohol only sparingly for the first two weeks.

Make-up Camouflage For Bruising After Surgery


What to Avoid After Facelift Surgery

Don’t have any dental procedures done for at least 6 weeks, unless you need some kind of emergency care.

Don’t use any of these things for 3 weeks:

All incisions leave scars. Scars fade over time, although it might take most of a year for the final results to be visible.

Facelift incisions are largely behind the hairline and therefore will leave barely visible scars. If they’re also around the ear, your hair can cover them pretty well there too.

Another factor with scars is that all patients are different when it comes to scarring. Heredity plays a role, and the exact outcome isn’t totally predictable in individual cases. However, it’s possible to repair scars that are too prominent, with further minor surgery.

Is a Facelift Permanent?

After you recover, you’ll look more youthful and rested. Gradually as you continue to age over the next few years, the tissues will relax.  You’ll look better than you would have without the surgery for about 10 years.

Many people may be surprised to know that there are multiple variations of the Facelift Procedure. These different types can be referred to as:

If you are interested in a facelift and would like more information, contact our Denver office today! Call (303) 839-1616 to schedule a consultation with board-certified plastic surgeon Dr. Robert Fante. 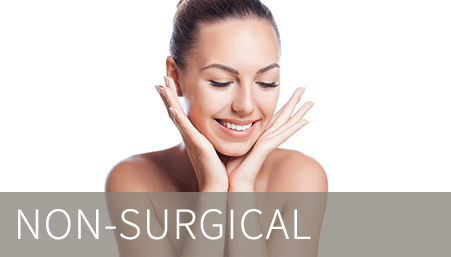